Central – Pieces of marinated chicken are wrapped in fragrant pandan leaves and then deep fried.

Pieces of chicken are deep fried together with finely chopped or shredded lemongrass, and served with a sweet chilli sauce.

The version of kai thot as shown in the image is made in the Southern Thai manner, having been marinated with khamin (turmeric) and served with krueng thae (crispy fried chopped garlic and turmeric) as a topping.

It can be eaten as a snack or together with chilli pastes or salads.

North – A northern Thai speciality of deep-fried bamboo shoots with a filling of minced pork. 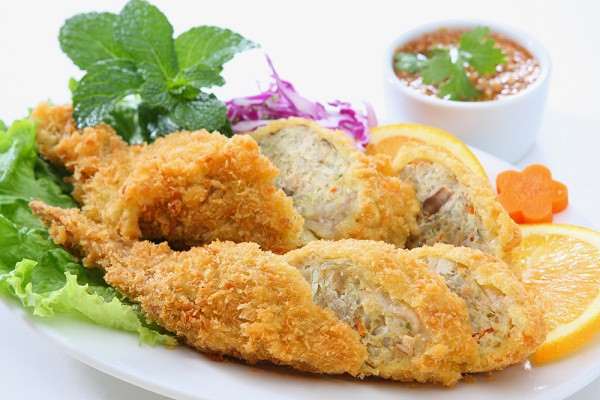 North – Cuts of Giant snakehead fish (pla chado) are first salted and sun-dried for three days, and then deep-fried.

This dish is somewhat similar to pla chado daet diao from central Thailand but there the fish is only dried for only one day, making the taste less intense.

It is served with a spicy dipping sauce on the side made from coriander root, lime juice, fresh bird’s eye chillies, garlic, sugar and fish sauce.

Deep-fried pla nin (“Nile Tilipia“) served with deep-fried herbs such as lemongrass, kaffir lime leaves, garlic, and fingerroot (Boesenbergia rotunda). A chilli-lime dip is served on the side as a condiment.

A simple deep-fried fish, most often served with a spicy dipping sauce.

The fish in this image is pla nin, a Nile Tilapia. 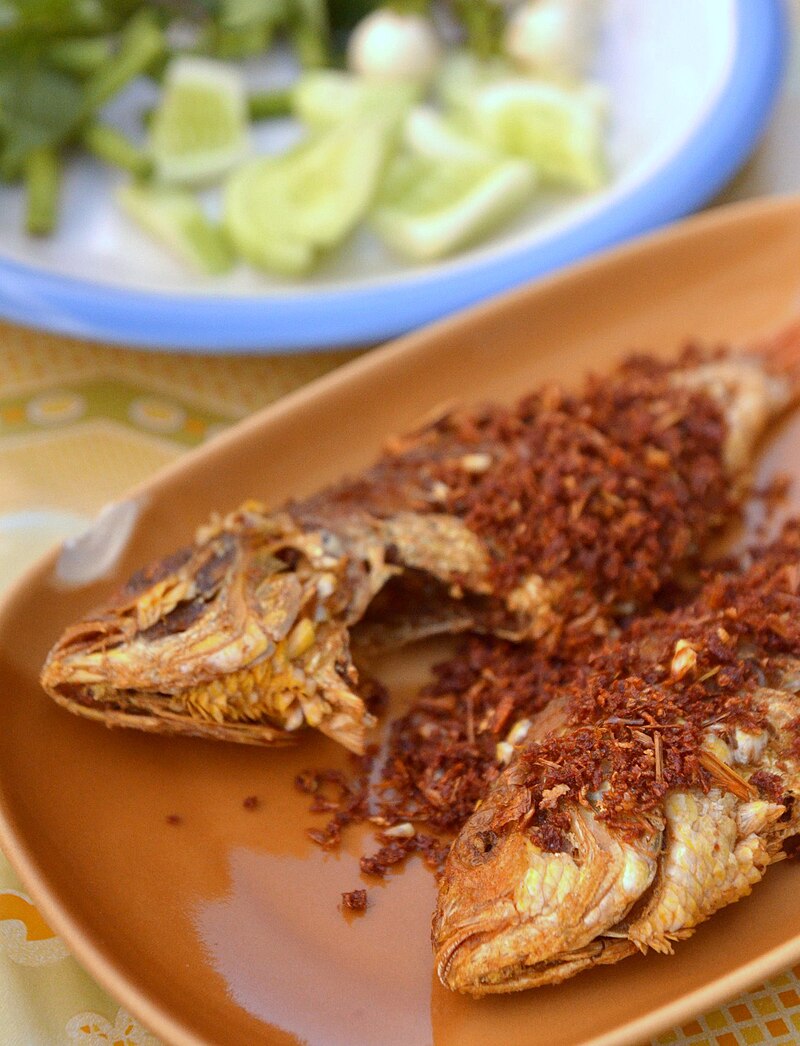 South Typical for southern Thai cuisine, this deep-fried fish has first been marinated in a spice mixture which includes a large amount of turmeric (khamin).

In addition, this particular version was topped with crispy deep-fried chopped garlic and turmeric.

It is often served with raw vegetables on the side, and a spicy dipping sauce.

Deep-fried pla wong (literally meaning “circle fish“): fish which have first been cut open, arranged into a circle and then sun-dried.

Here it is served Southern Thai style with a spoonful of a deep-fried mix of minced garlic, galangal, and turmeric.

Instead of being fried in the crab shell it is also sometimes served as patties. 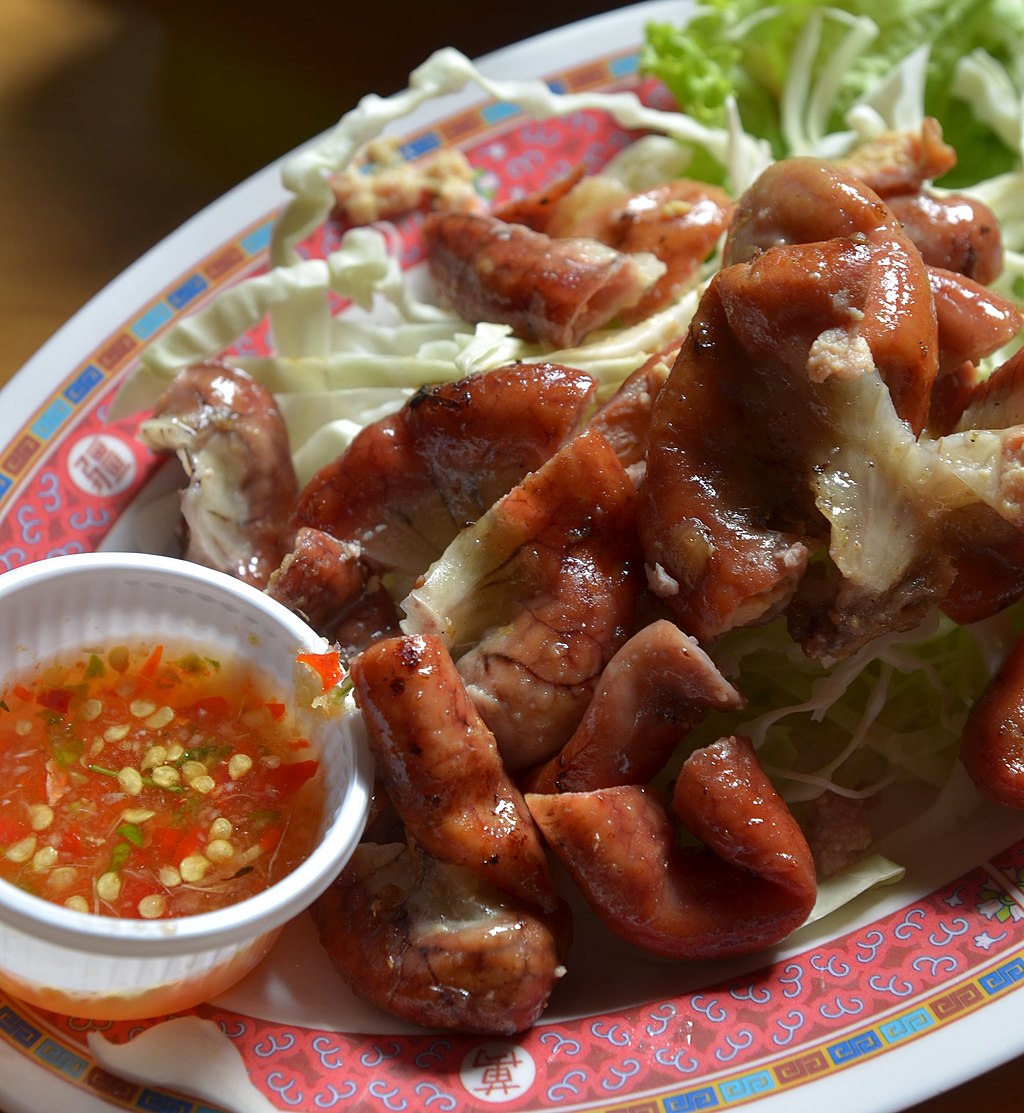 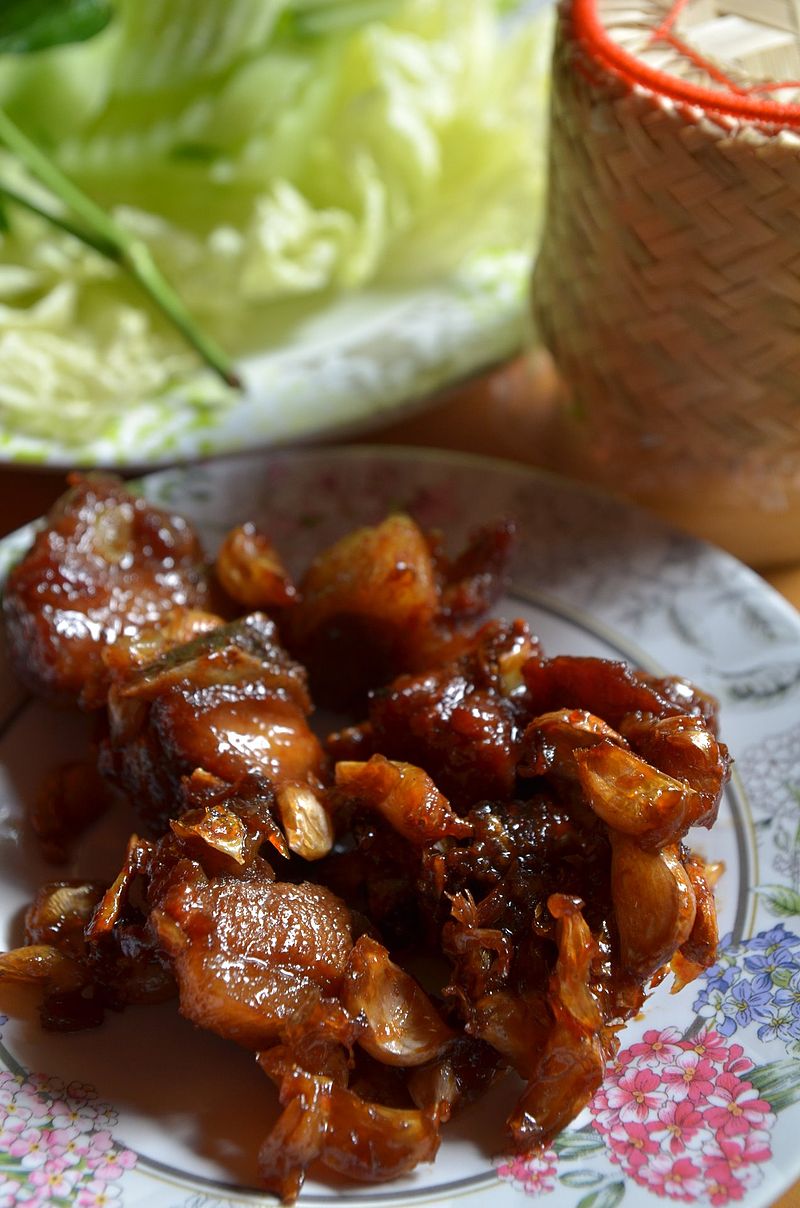 The version in the image however, had first been boiled, then marinated, then deep-fried with garlic, and then again stir-fried with a sweet and tangy tamarind sauce just before serving.