The name literally translates to “chicken stewed with Chinese medicine“.

It contains medicinal herbs, one of them the dried fruit of the wolfberry, a.k.a. goji berries (Thai: เก๋ากี้; kaoki).

The dish is of Chinese origin.

The broth can be made from chicken and/or pork, or it can be wholly vegetarian.

The version served with duck is usually made from duck bones.

Garlic, ginger, and pepper are often used as additional ingredients.

It is most often garnished with fresh coriander leaves and/or spring onion.

A light vegetable, chicken or pork broth with vegetables and celery, to which minced pork, soft tofu, seaweed, glass noodles and mushroom can be added.

This soup can also be called Kaeng chuet (Thai: แกงจืดวุ้นเส้น).

Central – A mild to spicy soup with coconut milk, galangal (kha) and chicken.

Mushrooms can be added to the chicken or substitute it.

It is a spicy and sour soup somewhat similar to Tom yam.

The sourness however does not derive from lime juice but through the use of tamarind juice.

The version in the image contains fried smoked fish, tomato and mushrooms. 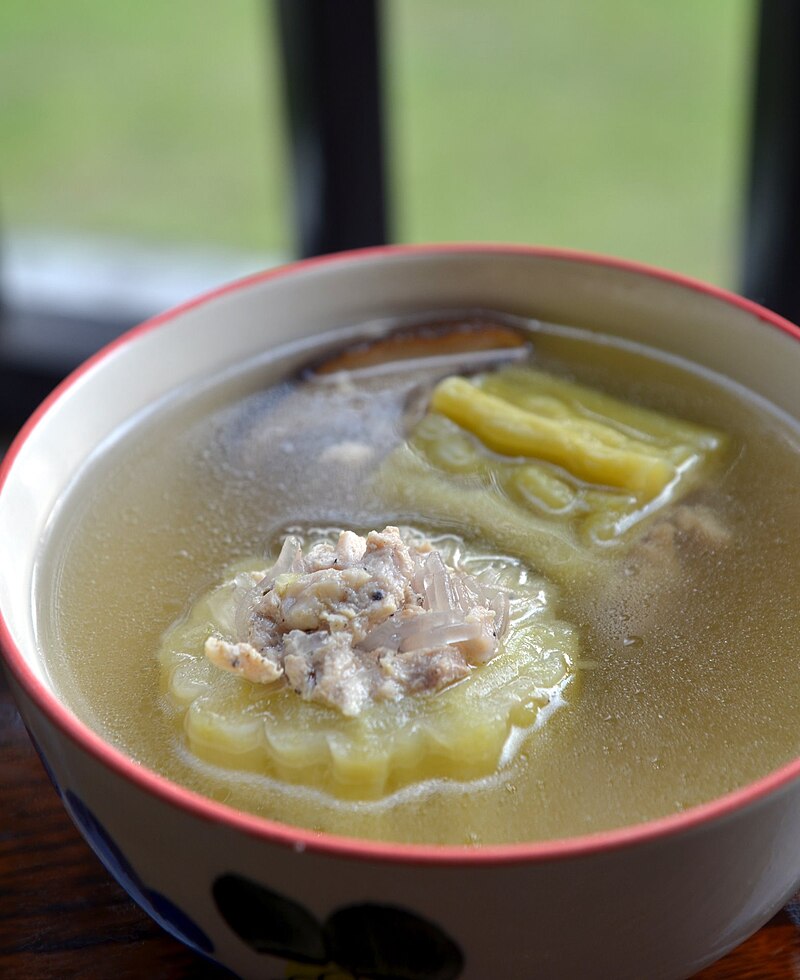 The full name of the latter version would then be tom mara yat sai mu sap wunsen.

A soup of boiled pickled Chinese cabbage and pork ribs.

This dish is Chinese in origin.

This particular version is a basic one with only pork ribs (kraduk mu) and it derives its sourness from lime juice.

Other types of tom som can also use tamarind for acidity, or a combination of both lime and tamarind, and can be made from a multitude of ingredients: meats as well as seafood, and vegetables. 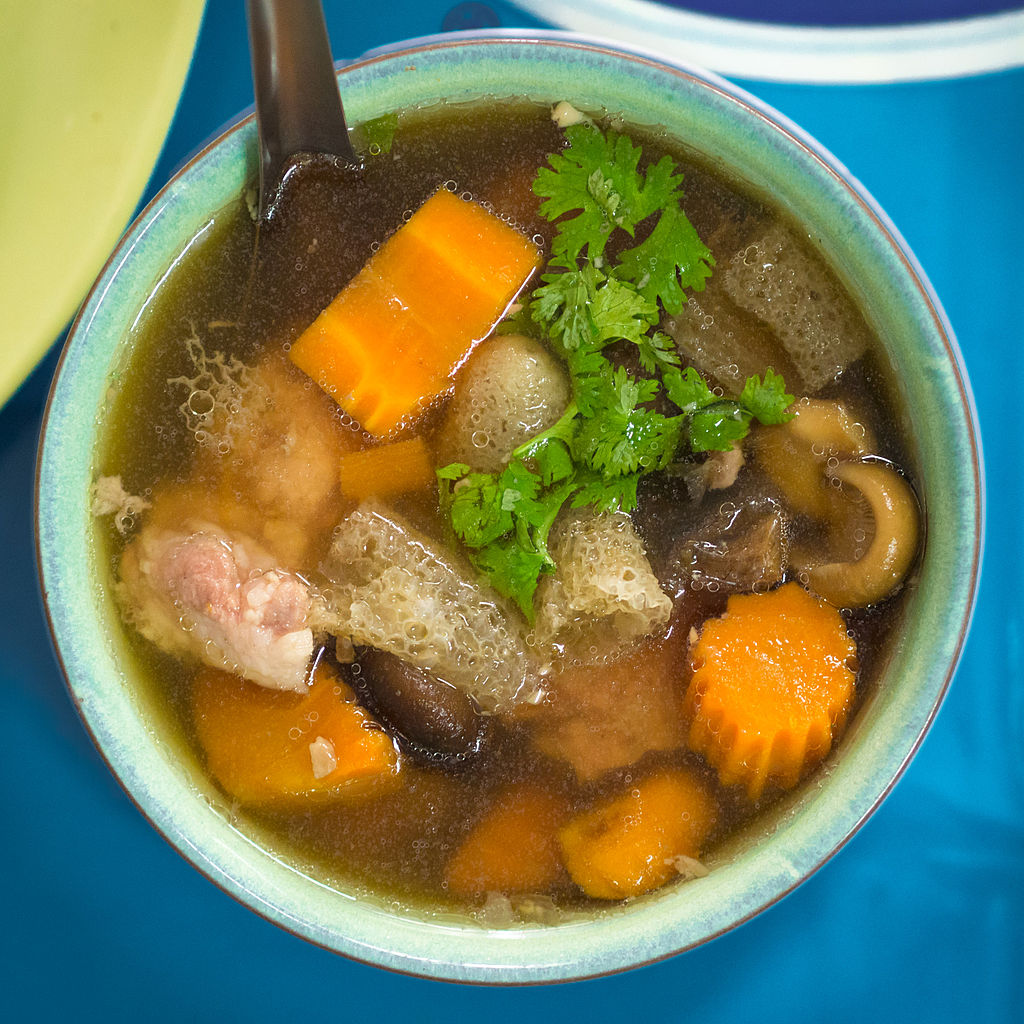 It is a clear broth with, amongst other ingredients, yuea phai (“bamboo fungus“; Phallus indusiatus)